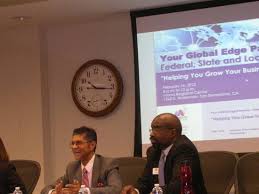 Small Business Development Centers, an option for business owners and start-up entrepreneurs looking for direction and counseling, found that last year’s shortfall in federal funding caused a serious decline in the number of California clients it could accommodate, a report released this week found.

The centers are the largest provider of technical assistance and free one-on-one counseling for the state’s small businesses. But despite an increase in demand for these services last year, centers were forced to operate with less funding after the 8 percent cut from the federal government’s sequestration, which went into effect at the start of 2013.

The cuts led to fewer hours of counseling being available last year and, ultimately, fewer new job opportunities. In Inland Southern California there are about 130,000 companies with 199 or fewer employees, and these firms usually account for more than two-thirds of all the new jobs created.

“Last year’s federal budget cut was significant and it had a dramatic negative impact on our ability to provide services to our small businesses,” Jesse Torres, chairman of the state SBDC, said in a statement.

According to the annual statewide report, the hours spent directly counseling small businesses declined by 18 percent in 2013 because of the budget cuts. During that same period, demand from entrepreneurs for these services, much of it funded by the U.S. Small Business Administration, actually increased 4 percent.

There are 44 small business development centers in California, and the Inland Empire center has about 10 outreach centers in various communities.

Vincent McCoy, executive director of the Inland area’s center, said that his office is not yet at full strength financially. But he said he recently filed the paperwork to get it back to a fully restored budget and he hopes that this will be approved in April.

When that happens, McCoy said he wants to have a full-time financial expert as part of the Inland office’s staff.

“Last year we had longer wait times and we basically had to ration out what we did because we didn’t have the money,” McCoy said.

in the Inland area was over 10 percent for about half of last year, and that was another factor that kept entrepreneurs from putting new plans into motion, McCoy said. A tight economy usually means people are forced to focus more on doing their existing jobs than they are on developing new projects and securing investment capital for them.

Still, even with limited counseling dollars, the centers were able to help clients access some $343 million in loans statewide, according to the annual report.

Banks are more willing to make loan deals than they were a few years ago, and small business owners are borrowing more to buy items such as new equipment, which is encouraging. When the economy was bottoming out, many were borrowing just to pay off existing debt. If your business doesn’t qualify for a bank loan…SMALL BUSINESS FUNDZ is here to help.

A recent national  released by Wells Fargo and Gallup found that attracting customers is still the typical small business owner’s biggest challenge, followed by the state of the economy, government regulations, health care issues and finding and retaining good employees.