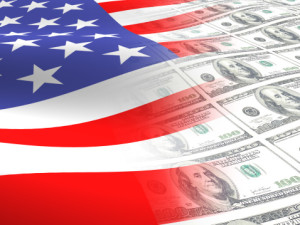 A 2010 Pew Research Center survey found that Americans view small businesses more positively than they perceive churches and universities. Favorability of small businesses has been remarkably stable. Gallup polls in both 2010 and 2012 reported 95% positive views among Americans.

So why do Americans love their small businesses? Five reasons jump out from several studies and surveys:

1. Small business owners are the embodiment of the American dream. Americans like the gumption it takes to invest one’s life savings to follow the dream of starting a company. We are, after all, supposed to be a nation of go-getters — risk-takers lucky enough to be born in this great land of opportunity. It’s our patriotic duty to forge ahead as entrepreneurs in the good ol’ U.S. of A.

4. Small business owners are seen as honest and ethical. Only 8% of Americans think the CEOs of major corporations are highly ethical; whereas, 52% view small business owners as such, according to a 2012 Public Affairs Council survey. It’s hard to “feel the love” for big companies who are perceived as being ethically challenged. So, small businesses naturally rise to the top of public opinion polls regarding ethics.

5. Small business is viewed as the backbone of the middle class. When a 2012 Public Affairs Council survey asked who should get credit for supporting the middle class over the last half century, 51% of Americans picked small business — more than double the amount that credited labor unions, big companies, or the federal government as being important to the economic well-being of middle-class Americans.

If you’re a business owner looking to refinance an existing loan, purchase a new building or new equipment, or you just need some working capital, give us a call to see how our financial experts can help serve your small business: (866)546-6002 ext 802. We’ll help get you where you need to be.